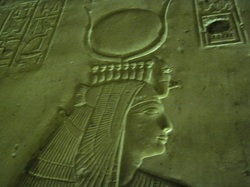 Indigos and the New Generations


The Indigo movement appears to be a controversial social phenomenon that has been attracting attention in the media, but has received scant academic research – in fact, the literature available seems to be written mainly by therapists and educational consultants, who are often accused of profiting from a growing phenomenon which, at least for the moment, cannot be standardised, scientifically measured through neurobiological changes or universally defined.


Indigos are generally described as highly intuitive, non-conformist, rebellious, not prone to tolerating hypocrisy or respecting imposed hierarchies, active and creative, non-linear, independent, demanding, very fast, etc.  My own study, when compared to a previous doctoral, quantitative study on Indigos and to the information available in the literature seems to confirm the traits just described.


Briefly, what seems to transpire from the observations of the experienced educators interviewed in my first study (from very different backgrounds) regarding Indigos' educational needs can be summarised thus:


a)      Creativity in all forms appears to be a key element of success in educating Indigos, especially in working with energy and using creative imagination, honing nonlinear thinking.

b)      Dynamic forms of sensing, using, directing and embodying certain forms of subtle energy should be part of Indigos’ education; grounding/stimulating embodiment and mind-body disciplines are seen as necessary in all forms of education.

c)      There is a need for educators to question their methods and integrate new approaches, including letting children teach adults how to relate to them. Education, in their opinion, should provide help and guidance in finding purpose in life, by encouraging creative expression of Indigos’ unique talents.

d)     Indigos need to become aware of the effects that their thoughts, attitudes and emotions have on their lives and relationships with others (which, in essence, is the job of Psychoenergetics).

e)      Encouraging students to cultivate and hone intuitive, inner guidance, also via ‘energy work’, should be integrated in mainstream education, as such practices have been found to increase confidence and self-esteem and to lead to freedom from fear.


Above all, in the opinion and experience of all participants, respecting children’s/individuals’ differences, rather than forcing conformity, seems to be crucial. In essence, results seem to show that "consciousness work" and activities that stimulate self-awareness, empowerment, creative expression, affection and support of Indigos’ uniqueness by cultivation of their sensitive, intuitive awareness appear to be very important elements to be integrated in education and in handling presumed Indigo children (and adults).


As a next step, suspecting that this phenomenon could be part of a much broader movement on a collective level, I became aware of the need to find out about other potential Indigo-like individuals, following the most consistent observations found in both Indigo studies (mine and Masters’s [2008] ) and in the relevant literature. Because Indigos are said to have appeared in greater numbers since the early 1980s (Millennial Generation) and they seem to be often labelled ADD/ADHD or spiritually gifted, I decided to compare existing research into other multi-labelled youth potentially similar to Indigos. The rationale for this was that, when compared, data from such research areas might show whether similarities among differently-labelled youth could indeed be found and whether the Indigo movement and Indigo-like characteristics might indeed be manifested by a larger population than Indigos alone, possibly symbolising not only an emerging new consciousness, but also new values on a collective level (Trotta, 2012).


After comparing all data, results seem to indicate that Indigos, Millennials, ADHD and Gifted youth would appear to have in common: ecological/sustainability concerns, a sense of purpose/pre-destination, a certain degree of personal sensitivity, restlessness, resistance to conformity and very individualised personalities, with an inner locus of control – in essence, an Integral/Authentic level of consciousness (Wade, 1996) that seems to have moved beyond the Conformist stage, which seems to point to self-actualising/transcending tendencies, as described in transpersonal researcher Jenny Wade’s model of the evolution of consciousness (see next page).  Given the remarkable commonalities found among the new, multi-labelled generations, especially rebelliousness, hyperactivity, justice and sustainability concerns, and trascendental/intuitive acuity, one might speculatively conclude that there seems to be an archetype in the collective unconscious pushing to find expression in human life, which differently-labelled youth appear to already embody and represent.


Trotta, P. (2012). The Indigo phenomenon and the New Generations: Are they symbolic of an emerging consciousness and paradigm? , The International Journal of Arts and Sciences, Vol. 5, Issue 3, pp.127–154.