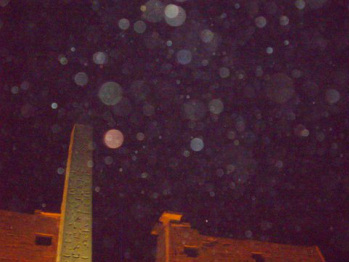 
Perhaps the New Generations, as Promethean figures, are only mirroring to their adult counterparts that all human beings are needing to actualise their full potential through authentic and empathic ways of being in, and belonging to, the world, embodying an archetype and consciousness that represent the next cosmic, collective stage of evolution (described below). Furthermore, maybe the children and adolescents described above are restless because they might be naturally experiencing "self-transcendence" – an expanded field of consciousness through which they perceive a different relationship between self, others and life as a whole (Trotta, 2012). I should perhaps clarify that whereas self-actualisation describes a desire for fulfilment of personal potential, self-transcendence seeks to further a cause beyond the self (which could involve service to others, devotion to an ideal or a cause, such as social justice, environmentalism, etc.), and to experience a communion beyond the boundaries of the self (Krippner, 1972; Maslow, 1970, 1971).

Possibly, as gifted education experts Sisk (2008) and Sisk & Torrance (2001) have argued, different and more expansive ways of knowing may need to be integrated in both mainstream and holistic education if the New Generations are to be helped and served, rather than being drugged or singled out as needing special education with various labels that emphasise their ‘neurodiversity’. As educator and Futures researcher Jennifer Gidley argues (2007a, 2007b), a new, integral education might indeed need to be developed that addresses an Integral Consciousness emerging on a global scale.

Integral theorist Ken Wilber (1980, 2000, 2001) is a prominent transpersonalist – his model of the evolving structures of consciousness throughout history clearly reflects an evolutionary approach to consciousness (historical evolution), whose upward movement in various stages theoretically follows a predetermined path that contemplates progressive identification with subtle levels of being (spiritual ascension); it contemplates both historical developments (phylogeny) as well as individual, personal growth (ontogeny) towards various levels of development exemplified by his model.

Wilber (1980) posits that consciousness is the field in which all else manifests in different forms (from furthest to closest to pure consciousness), from matter to mind, to soul to spirit – the Great Chain of Being. Emanating from the Great Chain of Being, human selfhood, in Wilber’s model, develops from a pre-personal subconscious (awareness of nature and body), to self-consciousness (awareness of mind and psychic realities) and eventually to transpersonal consciousness (awareness of causal, subtle, and ultimate realities). In the higher stages of his spectrum of consciousness, Wilber notes that "individuals consistently report an awareness of being one with the all, or identical with spirit, or whole in spirit, and so on" (Wilber, 2001, p. 124) – thus human beings are seen as developing in a special relationship to God, and their gradual transformation is theorised to be taking place at the causal and subtle levels of consciousness, merging the finite and infinite realms.

Wilber’s postmodern, Integral model envisions a transpersonal state and a pre-existing wisdom/unitive consciousness that remains potentially attainable by all. Philosophically, this evolution of consciousness can be understood in Neoplatonic terms perhaps, an evolution that proceeds from an archetypal unity – the Universe is seen as sleeping Spirit gradually awakening to itself through creation, human consciousness included, on a journey back to fully awakened Spirit.

In Gebser’s historical model describing the structures of the gradually evolving collective human consciousness, five stages are identified (Gidley, 2007a):

a)      Archaic (characterised by spiritual evolution/original wisdom, embeddedness in nature and the cosmos, influenced by female archetypes)

b)      Magic (characterised by unitive interconnectedness, shamanistic and telepathic merging with nature, flourishing of arts, music and paintings)

c)      Mythical  (mode of experience typified by a mixture of magic and logic, with a more mental orientation, increasing socialization, exchange of objects and ideas, pictographic language systems, measurements and the building of temples, awareness of soul as mediator between body and spirit)

e)      Integral (spiritual mode of experience evolving towards a fusion between ‘head knowledge’ and ‘heart knowledge’).

Interestingly, the emerging Integral structure of consciousness and mode of experience theoretically encompasses the emergence of reintegration of previous ways of knowing which, one could argue, have the potential to finally develop multi-sensory awareness and humanity’s innate imaginal abilities. It seems that the time has come for humanity to cultivate and merge head knowledge with heart knowledge, rationality with intuition, and to function more fully with left and right hemispheres of the brain operating in optimal ways.


In essence, Integral Consciousness seems also to be characterised by a more fluid perception of time and by the free expression of all the modes of experience that preceded it, including magical/imaginal and mythic modes, without being confined to any of them.

Wilber defines the pre-requisite level of consciousness that leads to transcendent realms the Centaur level – one intimately connected to self-actualisation, representing "the integrated and total self, above and prior to body, mind, persona and shadow, but embracing, as it were, all of them as experiences" (Wilber, 1980, p.54). The Centaur level of consciousness connects with Maslow’s vision of a new, emerging psychology and of a developing higher consciousness in humanity, which he outlined in the last two levels of his model, namely self-actualisation and self-transcendence, with peak experiences transforming into a more steady and permanent plateau state ( see Krippner, 1972, Kolkto-Rivera, 2006). The plateau is an empowering, motivational state that expresses a need for self-transcendence, a state that goes beyond personal benefit to include a greater cause, a union with a higher power, service to others, etc., all expressing identification beyond one’s ego. As said, research seems to indicate that many members of the New Generations appear to manifest this tendency, which implies that the emerging Integral Consciousness and descriptions thereof acquire a kind of relevance that cannot and perhaps should not be ignored or underestimated.

Another model I will be presenting here before concluding is Wade’s holonomic theory of the evolution of consciousness (used in Masters’s [2008] Indigo research), which combines conventional, esoteric and transpersonal psychologies. Within this model, the Authentic level of consciousness is equated to Maslow’s concept of self-actualisation, which is seen as a journey and a progression toward self-transcendence and enlightenment, rather than as a fixed state of consciousness (Wade, 1996). This emergent stage is called "Authentic", Wade explains, because it describes the first stage in which "selfhood is undistorted by ego [and it is] characterised by major changes in psychological integration" (op. cit., p.161); she adds that Maslow "labels lower levels of functioning neurotic, not so much emotionally sick as cognitively wrong" (ibid.).

Wade reports that most individuals in so-called civilized cultures today still tend to function at the preceding Conformist level all their lives, which theoretically enables individuals to achieve an accurate perception of reality; this conclusion appears to find agreement among all schools of psychology, except the transpersonal.  Italian psychiatrist Roberto Assagioli, founder of the psychosynthetic model of self-awareness and integration of the psyche towards spiritual growth, for example, considers the Conformist stage an ego-inflated consciousness built on illusions and false securities, which need to be transcended to achieve one’s true potential and alignment with the Superconscious and the (Higher) Self (Assagioli, 1993). In other words, according to Assagioli’s vision, accurate perceptions of reality can be achieved at higher levels than the mainstream Conformist stage.

It is interesting to note that Wilber interprets Wade’s  Authentic level of consciousness as the next, developing stage of human development, and describes it as a revolutionary and empowering shift in consciousness that moves from fragmentation to wholeness, from an external to an internal locus of control (Wilber, 2000). Wade, in turn, writes:

"Wilber calls his version of Authentic consciousness the Centaur stage, to symbolyze a higher order reunification of mind and body after the splitting off of the mental ego at Egocentric consciousness...Sensual experiences of all kinds are enhanced and fully enjoyed" (Wade, 1996, p.163).

In essence, Gebser, Wilber and Wade are describing the same thing. To conclude, the characteristics of an Integral/Authentic consciousness, adapted from Wade (op.cit., pp.159-174), seem to be:

1) An acceptance of self, others and the world;

2) An ability to choose from multiple behavioural modes, to the point of  androgyny;

3) The natural ability to use whole-brain thinking;

4) A tendency to pursue their desires, but not at the expense of others;

5) An ability to offer help without a need to ‘fix’ others;

6) A tendency to think ‘outside the box’, without dependence on social approval;

7) A willingness to take full responsibility for their choices;

8) A need to pursue personal growth for its own sake.